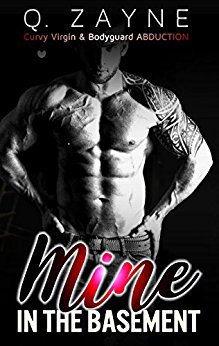 Mine In The Basement

Mace blames himself for the death of the man he loved most. He’s forty, still rock-hard, but damaged. His failure to protect a mob boss’s son destroyed his reputation and left him guilt-ridden.

The key to changing his life walks in the door in killer heels. But despite being the one with the money and the job offer, she exposes Mace to dangerous temptation. One over-the-line night could bring redemption—or death.