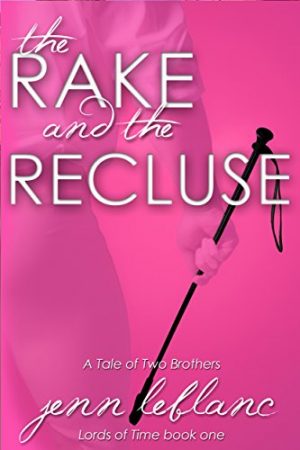 The Rake and the Recluse by Jenn Leblanc

Francine Larrabee is headed to a presentation that she’s sure will change her life when she’s in a car accident. When she awakens she’s a woman with no name and no home in Northern England, near the Scottish border, the year of Our Lord… 1880.

Catapulted into a world that threatens her life, she’s controlled by a man who may destroy her heart. Isolated without so much as a glimmer of the world she’s familiar with she must survive amidst the sudden danger, violence, and passion.

Francine learns her only chance of safety lies in Gideon Trumbull, a lionhearted—but evasive—duke. What begins as a compulsion to learn anything about him becomes an urgent need to know everything about him, and Francine finds herself in an inescapable new reality, a world in which she doesn’t belong but feel more like home than anything ever has.