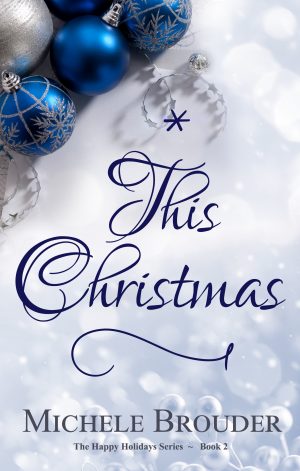 This Christmas by Michele Brouder

There isn’t anybody Jeff Kowalek wouldn’t help. Except himself. After a series of disastrous dates, he has retreated to the comfort of his living room and the companionship of his dog, Trixie. When the new tenant moves in next door, Jeff is immediately smitten. From afar, he wonders if a pretty girl like Holly Fulbright would ever be interested in a teddy bear of guy like him. But soon a health scare forces him out of his comfort zone and hopefully, into the realm of possibilities with his new neighbor.

The last thing Holly Fulbright is interested in is Christmas or any kind of romance. After her fiancée pulled a disappearing act, she’s lost her home and is now working two jobs to pay down the massive debt he left behind. Christmas is a bleak prospect for her. But her new landlord with his warm brown eyes and quirky sense of humor test her vow to never trust a man again.