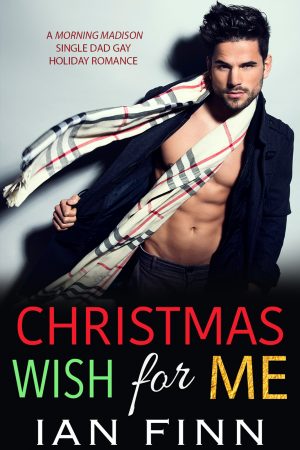 Christmas Wish for Me

The only gift I want to unwrap this year is him.

Zach:
Yes, I did throw a rock that broke a stained-glass church window.
No, it wasn’t a very becoming thing for the producer of Madison’s top TV show to do.
But it was an accident, and my aim was off because I was angry.
My ex had left me and married someone else.
Now my punishment is to be paid off with volunteer work.
I’m directing the church’s children’s choir Christmas performance.
That, and swearing off commitment, for good.
But then Ryan Kelly walks onto the set of Morning Madison.
He’s like a shadow from my past.
If a shadow could be described as hot and irresistible.
But I’m done with love, so I shouldn’t get involved with him. Right?

It seems like Ryan wants to give me some big Christmas cheer.
And it’s getting harder and harder to resist.

A standalone steamy gay romance with HEA, no cheating or cliffhangers.