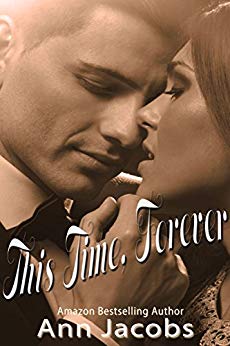 As teenagers, Seth and Marilee had been inseparable—until they went to separate colleges to pursue their dreams. Though they had planned to resume their relationship, fate intervened, and Seth’s betrayal ripped their love apart.

Fifteen years later, when they meet again, the sparks that brought them together are still alive and well. Seth, now a successful orthopedic surgeon, is now the sole parent to the fourteen-year old daughter whose conception ended his and Marilee’s teenage dreams. Marilee, a former Olympian and supermodel who has been widowed for nearly ten years, has returned to south Florida and is coaching prep school swimming, lured by the need to be closer to her family.
Can they go back? Or are old hurts too much to let her give him a chance to make amends, and bring their youthful dreams back to life? Yes, their love is very much alive, but they will have to battle his