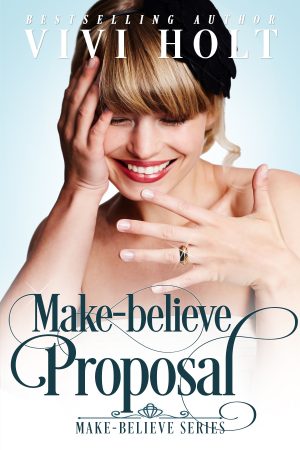 The proposal is fake, but his feelings are real.
Billionaire businessman and widower, Roland Baker, proposes to his children’s nanny to help her get revenge on an ex-boyfriend. But, she’s an employee and a friend. And a proposal, even a pretend one, could severely complicate their relationship. Especially when the proposal is made in front of his children. Nanny, June Green, is heartbroken when her boyfriend gets engaged to another woman before their failed relationship is even cold. So when her boss fakes a proposal in front of him and his new fiancee to help her save face, she’s grateful. They’re good friends, she loves Roland’s children, but there’s nothing more than that between them. Then the proposal opens the door to a date and an unexpected, spine-tingling kiss that sparks feelings she never knew were there.