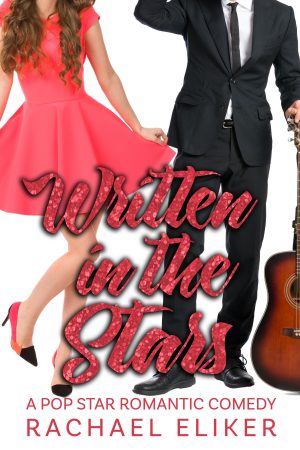 Written in the Stars by Rachael Eliker

Eloise Stauch’s fears of becoming an old, shut-in cat lady are shelved when she’s invited to go on tour following an appearance on a popular singing competition. Simple…until her ex, Warren, shows up.

Warren’s gorgeous singing voice and Southern charm are hard to resist, but Eloise is determined to stay focused. Easier said than done when one glance from him makes her insides turn to mush. Protective of her once broken heart, Eloise quickly realizes she’s falling head over heels for him again.

As flirting with Warren reaches a pinnacle and she thinks she’s ready to give him a second chance, Eloise discovers he’s been keeping a secret that brings his character into question. When the music stops, Eloise will have to decide whether trusting Warren will lead her to another shattered heart or if the two of them just might discover a love that is written in the stars.