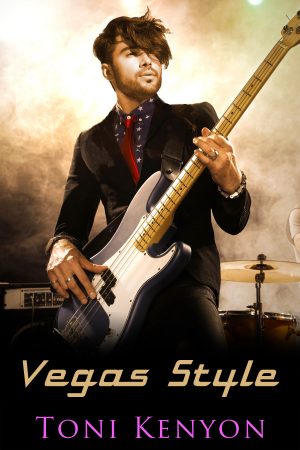 Sam MacAvoy’s a British rocker who has charted consistently at no.1 all over Europe since following in his brother, Julian’s footsteps. Now Sam’s been invited to Vegas to debut at the Get Rocked! In Vegas Festival and he’s brought his red hot band, Style Strike with him.

Ashley Jacobs can’t stand musicians, or over-the-top egotistical men. Somehow she finds herself in amongst dozens of them when she agrees—against her better judgment—to take a three day summer job at the Festival.

Paul Gray, Style Strike’s bass player and the star of his own social media channel, has women falling at his feet. What he can’t quite understand is why his charm isn’t working on the attractive and curvaceous, Ashley. She’s not interested in his social media stardom, nor does she care that he could have any woman he wants at the rock festival.