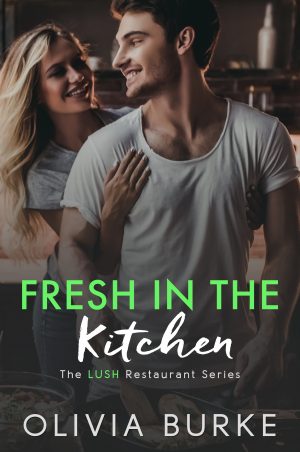 Aubrey Walker just wants to get through her big sister’s wedding without losing her sanity. Her overbearing mother and nosy family, however, might push her over the edge. To get them off her back, she comes up with a harebrained plan – pretend that Tommy Finnegan, her best friend, is actually her serious boyfriend. To her great surprise, the fake relationship with Tom actually works, but what happens when Aubrey starts to see him in a whole new light?

Chef Thomas Finnegan is ecstatic when he wins several awards from the city’s local magazine – not so much when his famous chef father decides to attend the awards party. Tom finds the perfect solution in Aubrey’s fake dating scheme, but there’s one big problem: he’s secretly in love with the beautiful Aussie. Torn between playing along or telling her the truth, will he risk his heart to fire things up between them for real?