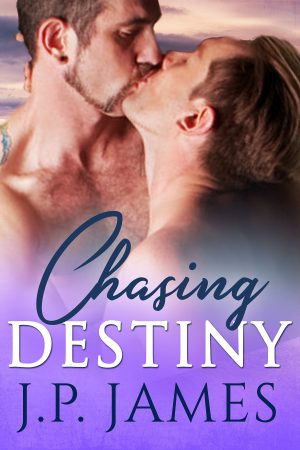 Chasing Destiny (A Male/Male Coming Out of the Closet Romance) by J.P. James

Meeting Nick was a dream come true. When he knocked on the door, I could barely breathe because I had no idea that my roommate’s dad was so hot. Nor did I realize he was a world-famous chef. But sparks flew, and soon I was ensconced in Nick’s arms. Who could have guessed that I would fall in love with my best friend’s dad?

The problem? Nick has to pretend to be straight for his mostly female audience. This is crazy; it’s the twenty-first century, and no one should have to hide. This is an affront not only to my core beliefs and values, but also to the entire LGBTQ+ community.

But Nick says I’m wrong – he has to respect his audience because they pay the bills. I’m conflicted and hurt, not to mention angry and emotional. Is this what our relationship has come to? Money and fame over love? Or is there something more?