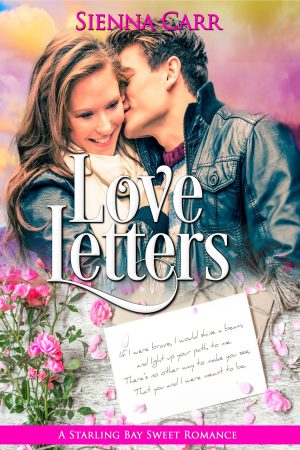 He’s a ladies man.
A charmer and a flirt.
The chaser, not the chased.
Until the arrival of anonymous love notes upsets the status quo.

Who’s sending them, and why?

Hitting on women is one thing, but being hit on by a woman, is something else.
It’s not a position Rourke likes, especially when he has no idea who the mysterious sender could be.
The problem is, it could be one of many.
Because Rourke is that kind of guy.

As the love notes continue to arrive and with no end to the mystery, his mild amusement gives way to irritation.
For all he knows, the sender could be a past girlfriend, seeking revenge, or a total stranger.

Secret admirers are one thing.
Love notes are another.
But what happens when he discovers the woman behind the secret?