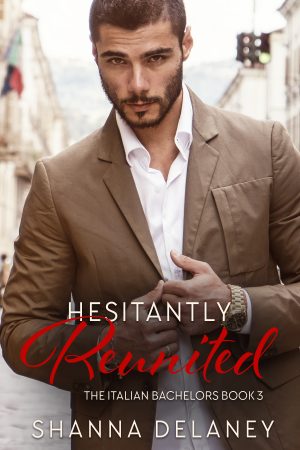 She left him years ago. Can the eternal city help them believe in second chances?

Luca is too busy managing a luxury hotel in Rome to date. When the girl who broke his heart seven years ago shows up as a guest, there’s nothing he can do except make sure she has an enjoyable stay—without letting her anywhere near his heart.

Holly has only rebelled twice in her life: Getting a degree in history instead of nursing, and dating Luca, the Italian-American who swept her off her feet her sophomore year of college.

Now, seven years later, she’s stepping out from under her mother’s thumb and determined to build a life for herself—and she might even have the chance to fix things with Luca… if she can convince him to trust her one more time. If they can get over their past, could they find their future?