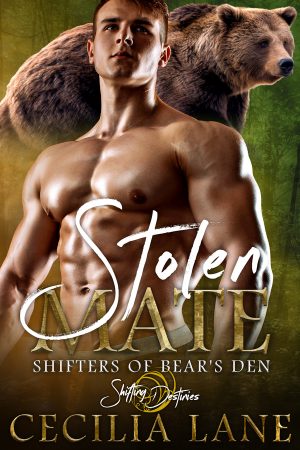 After panther shifter Everly is dropped off in the middle of nowhere for daring defy her alpha’s plans to mate her to produce his heir, she doesn’t think her day could get any worse. She’s in for a surprise when a big, hulking bear shifter stops her for a growling game of twenty questions. He seems to think she needs rescuing, and hauls her to his cabin in the woods for a little neighborly protective custody.

But what comes around instead is her pride alpha, spouting all sorts of nonsense about mating with Everly. Not happening. Sawyer’s ready to give the big cat shifter a beat down. He’s furious that Everly was left behind by her pride members. Also, she belongs to him. There’s that too. Just when things are about to get interesting, Everly surprises both men.

To keep from returning to her alpha, she claims she’s already married. To Sawyer.