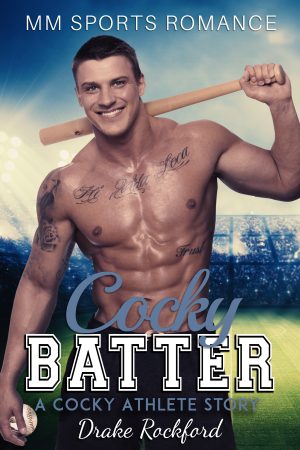 Adrian and Dale are as different as night and day. Adrian is the straight star batter for his college team and Dale is the gay rival catcher who’s been a thorn in his side all season.

But the season is almost over and more than the championship is on the line—so is Adrian’s place on the team. If he fails the class he’s blown off all semester, there goes his tuition along with his dreams of glory.

Bravely pushing the limits, Dale suggests a crazy solution that could compromise Adrian’s very identity and change his life forever.
Now Adrian has a tough choice to make: Do the unthinkable and join teams with his archrival . . . or man up and take the loss.

How far will Adrian go to keep his dream alive?