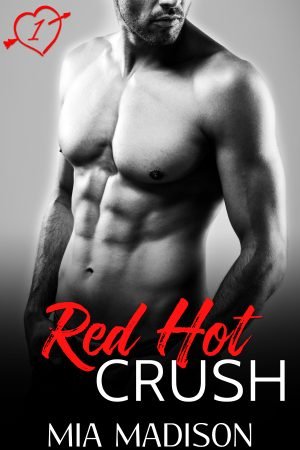 I’ve had a crush on my brother’s best friend my whole life. Now that he’s my new boss, can I persuade him that I’m a woman, not just his friend’s little sister?

My roommates and I have a pact: by Valentine’s Day, we’ll each have a good man in our lives. But for me, that’s easier said than done.

The only man I’ve ever wanted is Tyler Reynolds, the CEO of an up-and-coming tech company. He’s smart, handsome, and completely irresistible–but he doesn’t even know I work for him, let alone that I’m all grown up.

When we run into each other, sparks fly, but it’s one step forward, two steps back. I can see the attraction in his eyes, but he thinks he’s bad for me.

Somehow, I have to change his mind. What would it take to convince the man of my dreams that I’m the woman of his?