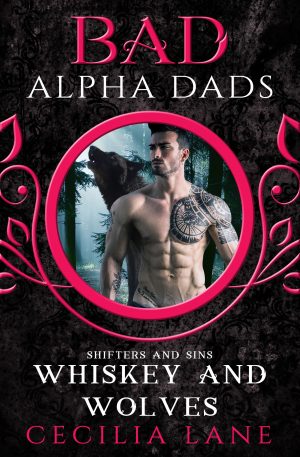 A single wolf shifter. A surprise baby. Enemies who want to make his little girl an orphan, and his old lady a widow.

Five minutes ago it was just Jensen and the start of a brawl with members of a rival motorcycle gang, until a former one night stand walks into the bar and reveals he has a daughter.

Five minutes ago he was a single wolf shifter. Now he has to sober up and protect his woman and child.

Her child’s father returned, an alpha wolf shifter with a bad boy edge. Noelle didn’t know that would mean becoming the targets of a motorcycle gang. Didn’t know their chemistry would morph into something deeper, something worth fighting for.

Whiskey and Wolves is a steamy paranormal romance. This standalone is for readers who love their heroes gritty and their heroines willing to step up to the line for life, family, and love.