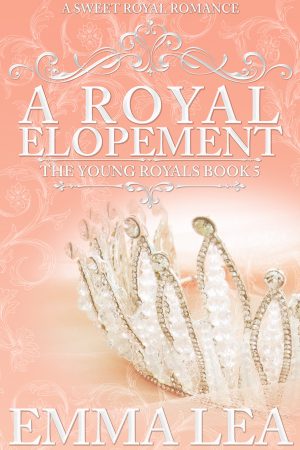 A Royal Elopement (A Sweet Royal Romance) by Emma Lea

Lady Meredith Bingham thought that she had her life sorted. She was a member of the royal guard, a close personal friend to the queen and secretly dating Jamie Kosta. Life couldn’t be better, that was until her mother had to go and ruin it all. She wanted Meredith to give up her place on the royal guard and find a suitable husband.

Prince Christophe Kostopolous was a prince in exile. For the last ten years he had been living under the pseudonym of Jamie Kosta, and for the last seven years he had been part of the royal guard. Very few people knew his true identity, but that was all about to change. The people he’d been hiding from all these years had found him and he may finally have a chance to reclaim his rightful place on the throne of the small island nation of Kalopsia. The only problem was, he’d fallen for a certain duke’s daughter and she had no idea who he really was.