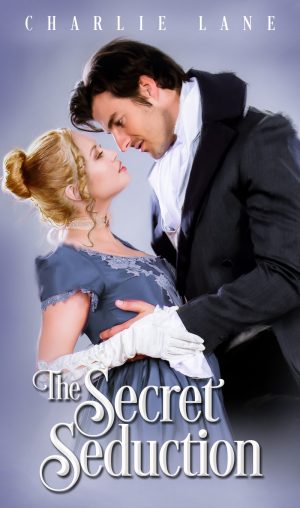 The Secret Seduction (A Steamy Regency Novella) by Charlie Lane

Appearances can be deceiving, just ask Carson Allworthy, Viscount Trevor. He might appear the quintessential gentleman described in his mother’s book, but he is no angel, a fact he plans to reveal to Miss Allison Shropshire, whose clever wit, big heart, and love of adventure tempt him to conduct a secret seduction.

Allison may be the only woman in London who finds Lord Trevor’s impeccable manners—to put it bluntly—boring. She’d rather set his mother’s book aflame in Hyde Park than marry Lord Trevor. But an unexpected encounter sparks a desire to know all of the suddenly sultry lord’s secrets.

Will Lord Trevor keep his secrets to himself? Or will he reveal all in order to win Allison’s heart and hand?