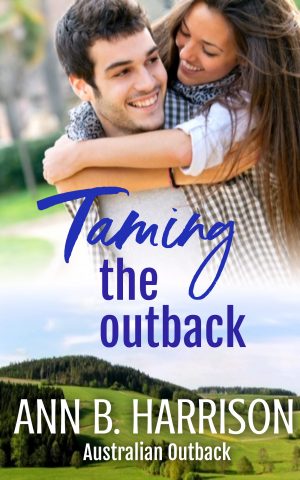 Taming The Outback (An Australian Outback Story (Book 1)) by Ann B. Harrison

A single mother desperate for a second chance. A cowboy that needs her more than he can admit. One teenager out of control, a daughter terrified of anything that makes a sound, a dead end job – how much more can this poor widow take?
Libby expects the worst when she’s called into the lawyers office but things are not what she thinks. Inheriting an outback station might be just what her little family needs. Lord knows it can’t be any worse than what they’re going through now.

What she doesn’t expect are the sparks from her new neighbor, Nathan Miller. If he had his way, she’d turn tail and return to the city but Libby has more spirit than that. And more to lose.