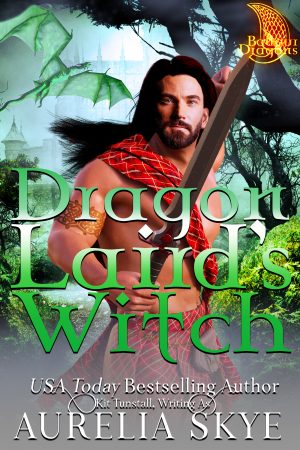 When witch Brenna escapes the Englishman enslaving her and using her power for his own evil ends, the only place to run is to the dragon-shifters of the Highlands. The Scots are at war for their independence, and as the Bloodiest Eye, the notorious Seer who has caused the death of many, however reluctantly, she knows they’ll kill her if they believe she’s a threat.

One shared glance with Cameron Balfour has her imagining a future entwined with his. She lets the laird believe the lie that taking her virtue will drain her powers, but as their one night becomes more, she knows she’s going to have to admit her deception. With Sir Walstone still searching for her, eager to have her gift of Sight under his control again, she might not survive long enough to tell him the truth or accept his mating mark.