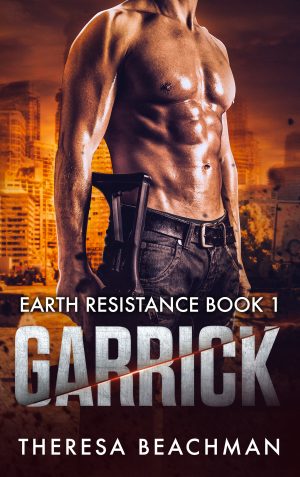 A disillusioned special forces operative who’s almost given up on the world…and the brilliant weapons scientist who refuses to let him.

Battle-weary SAS officer Garrick no longer cares if he lives or dies. He’s tracking aliens, intent on vengeance. Instead he finds a feisty bio-weapons engineer in mortal danger. Protecting her and escorting her to safety isn’t in Garrick’s plans, but his sense of duty won’t let him leave her with her life in peril.

A traumatic childhood taught Dr. Anna Ward that the only person she can trust is herself. But then her lab is attacked by the insectoid Chittrix. With time running out, Anna is forced to accept the help of the rugged soldier to make sure her vital research is put in the right hands.

As they escape across devastated London, their battle with the invaders heats up almost as fast as the fiery attraction between them.