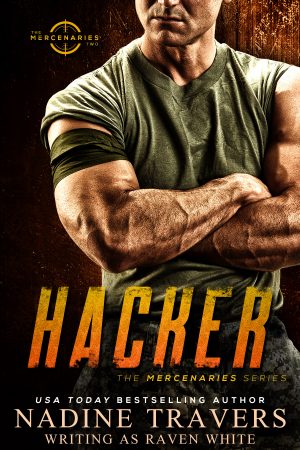 It’s been months without news from her until now… Now she’s asking for his help.

Chris “Hacker” Montgomery devotes his life to his computer and his teammates. Until her, until he met Marie and they had that fabulous night together. When she disappeared the following morning, he searched for her for months without results.

One day, he receives a call from her, begging for help. He discovers more about her life than he ever thought possible, and keeping her safe becomes his sole mission. The entire team vows to protect her.

How will Hacker react when he discovers her past sins go deeper than he thought? Will they put aside their anger and be able to work together? Can Hacker keep Marie alive?

This is the second book in the Merceries series. It is romantic suspense. If you love alpha males and badass women with complicated lives and happy endings.