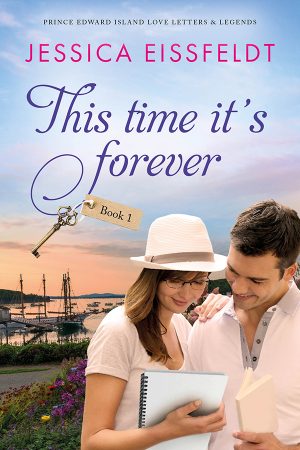 An antique love letter reveals a secret connection between an American Revolutionary War artifact and the windswept shores of beautiful Prince Edward Island, Canada… Archivist Ruby Zalonski and handsome Prince Edward Islander Nathan O’Neil must join forces to solve a series of 300-year-old riddles. Hidden between the pages of love letters from centuries-past lovers, they uncover a tale of love and war surrounding the theft of the Great Seal of Prince Edward Island in 1775… But as Nathan and Ruby search to find out what happened to the lost Great Seal, will they also uncover the treasure of true love?