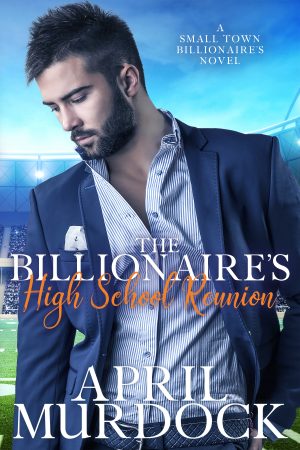 Friendship turns into young love, a nasty breakup, and maybe a second chance. Can this billionaire make his great life perfect?

Blake Murphy wants redemption. More than that, he wants a second chance. He’d been avoiding his home town since the day he left for college. Trista Kennedy would be there and he had no idea how he’d face her after the way he’d treated her. But now he’d find out. His high school reunion was coming up and he’d see her then.

Trista had moved on from Blake. Until she saw him when he came home for their high school reunion. He was handsome, rich, and easy going. He’d only been boyishly good looking in high school. So much had happened in a decade.

Blake’s old flame – the one who’d come after he’d broken Trista’s heart – was ready to scoop him up again. Trista couldn’t even think about competing with her. She’d never outshine the former cheerleader and constant soc