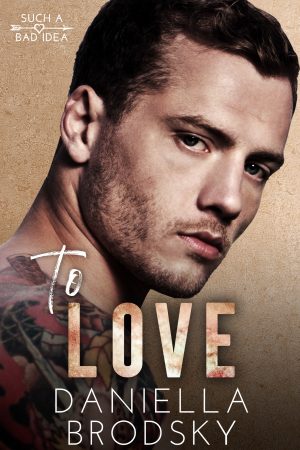 To Love (A Fake Relationship Romance) by Daniella Brodsky

But from our very first kiss the line between real and fake is fuzzy at best.

The first time I saw him, another woman threw a drink in his face.
That should have been a sign.
As if I needed another one, he also turns out to be my boss.
But he made me an offer I couldn’t refuse.

How hard can it be to fake it, especially when it feels like we’re not faking at all?

I can do anything for three weeks, right?
It’s not like I’m going to let myself fall in love with a man
who’s been officially named Sydney’s Most Wicked Billionaire Playboy.
No matter how many times he winds up in my bed.

A sexy, addictive fake fiancé billionaire romance from #1 Amazon Bestseller Daniella Brodsky! ⭐⭐⭐⭐⭐ “Absolutely Amazing!!!” ⭐⭐⭐⭐⭐ “I was consumed by their story.” ⭐⭐⭐⭐⭐ “Don’t we all want a little Aiden in our life?”