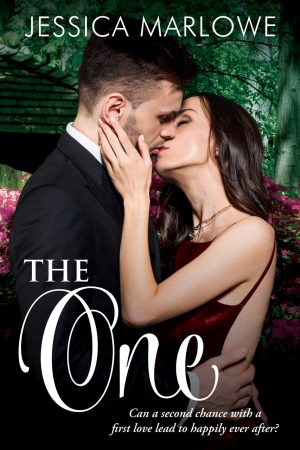 The One by Jessica Marlowe

Can a second chance with a first love lead to happily ever after?

Axl never believed in love until he met Mara. But four years later, she dumped him. Seeing her after two years at her great-grandparents’ party, Axl realizes he’s still in love with her. And he’s not happy about it. But it doesn’t matter because she’s married now.

Mara is finally putting her disastrous rebound marriage behind her. She’s happy to spend a comforting weekend with her enormous, loving family. But that changes when she realizes her great-grandmother, Gigi, has invited her ex-boyfriend. Mara is steaming mad, but her traitorous body feels a different kind of heat.

Gigi knows that Mara and Axl belong together. And she’s not above using her party to give them the opportunity to see it.

The searing chemistry between them is as hot as ever, but Mara’s ex-husband wants a second chance too…