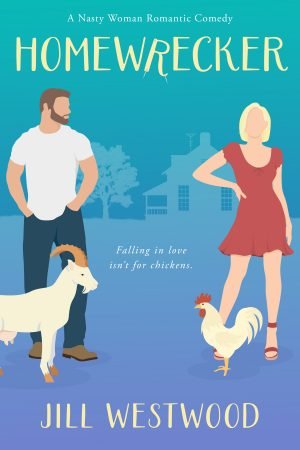 Despite Andie’s own terrible track record with romance, even she knows that her father’s sudden move to his girlfriend’s goat farm in North Carolina is a rash, unwise decision. She races south of the Mason Dixon to coax him home, but runs into a man-shaped obstacle in the form of burly paramedic Seth, the adopted son of her father’s lady love.

Farm life is as unpalatable as Andie suspected—stinky goats, malicious chickens and millions of bloodthirsty mosquitos. Her father wants to give up a rent-controlled apartment, lifelong friendships and a satisfying teaching career for this? She’s got to get him to come to his senses before Seth figures out her homewrecking intentions. It’s a difficult position to be in, especially when the positions she’d like to be in involve fantasies about sexy, infuriating Seth.