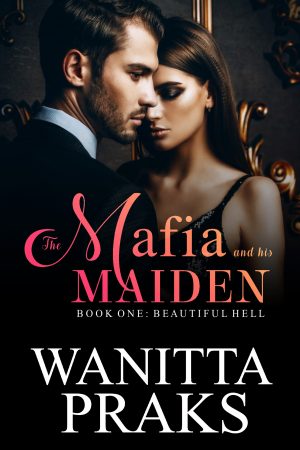 The Mafia and His Maiden: Beautiful Hell by Wanitta Praks

Amelia is dragged into the underworld of mafia by none other than Nikolas Lorenzo, the billionaire mafia boss, of the Lorenzo clan, who claims that her father owes him four million dollars. But there is another underlying reason why he took such drastic action, and that is because Amelia is responsible for his brother’s death, or so he claims. And his mission now is to make her pay for her crime. A spinoff series to Maid to the Mafia.