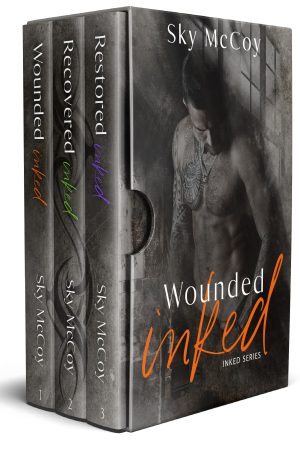 Tony:
“I’d just received a letter I had been anxiously waiting for. Just when I’d given up and I knew I had to get some sleep, because of the mission in front of me, and because my men needed me more tomorrow than ever before, I got this ray of hope through the letter I held doggedly in my hand. I wanted to take the time to sit and read it, savor every word, every phrase, and every time Sergeant appeared on the paper.”
Parker:
“I really wasn’t into that Daddy stuff, but it appeared that all I ever ran across were men who were older than me, who wanted to either spank my ass, or they needed a Daddy themselves where I’d spank them, or tell them what to do, and how to live.
I had problems figuring out how to live myself, so what the fuck could I tell a man in his forties who had probably seen more cocks than I had, fondled more balls than I cared to.”
straight to gay, hurt/comfort