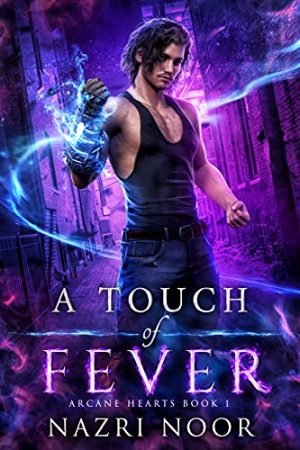 A Touch of Fever

Jackson Pryde was never great with magic, so he became an artificer, crafting enchanted devices. But Xander Wright, the mouthy mage next door, hates all the hammering in Jackson’s workshop. Then a string of mystical murders forces the two to team up. Can they combine might and magic to stop the Fever, or will they succumb to its bloodthirsty curse?