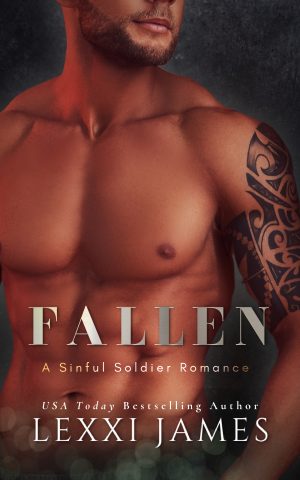 A soldier’s second chance at life. Her chance to submit.

Kathryn Chase never imaged saving his life would lead to her submission.
Jake Russo thought he could leave it all behind.
Being a soldier. And his life as a Dom. A brush with death will do that to a man.
Make him believe that abandoning the past would be his only future.

But he had one cross to bear.

Watching over Kathryn Chase . . . in secret. Keeping an eye on this woman.
Her unangelic guardian paying back a debt.

This Sinful Soldier Romance is a steamy stand-alone romantic suspense.