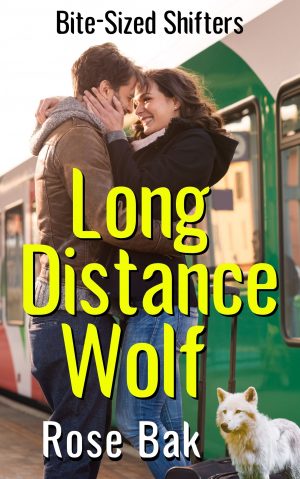 He’s the right wolf at the wrong time…

Connie Lucero has just turned eighteen and is looking forward to escaping her small-town, going to college in the big city, traveling the world, and having adventures. When she meets her fated mate at a party, she knows she had no choice but to reject him before she ends up mated and pregnant.

Andy Galina moved to the shifter town of Greysden for a new job, but it’s not long before his wolf locks onto the beautiful younger woman they’re meant to be with forever. He’s stunned when Connie tells him she has no interest in being his mate. He knows that his independent mate needs some time to find herself and make her own way in the world, but his wolf has other ideas. But can their love survive a long separation?