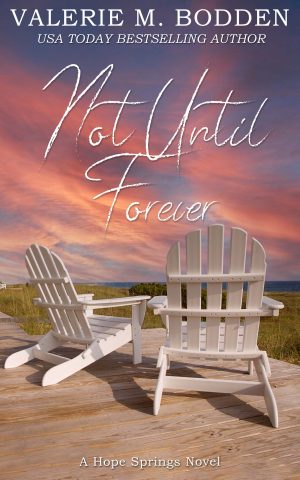 Sophie thinks she knows what she wants. Until she returns to the one place she said she’d never go again. And finds the one man she thought she’d left behind forever.

As she focuses on her career, Sophie doesn’t let herself think about what she gave up when she declined Spencer’s proposal five years ago. So when she’s called home to say goodbye to her dying grandmother, she works hard to avoid seeing him. Of course, that means he’s the first person she runs into—and worse, she promptly bursts into tears.

Leaving college to help on the family orchard cost Spencer the woman he loved. But when she literally walks back into him, he knows his heart is in trouble. Because there’s something different about her now. Something that makes him think maybe they could have a second chance…

An emotional story of faith, love, and the promise of forever.