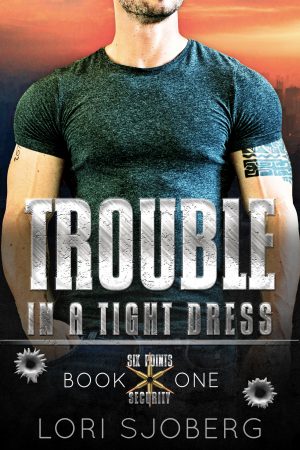 Trouble In A Tight Dress

Marine veteran Austin Flint knows all about trouble. He fought it in Afghanistan, and now he battles it at home as the head of Six Points Tactical & Security. In his line of work, he can’t afford to be distracted by anything…or anyone, and that includes Nina Petrov, his cyber security expert. She’s got a chip on her shoulder, a smart mouth. And a body that just doesn’t quit. She’s also his employee, which makes her off limits, no matter how badly he wants her. But when her life is threatened by the Russian mafia, he’ll do what it takes to protect her, even if that means breaking his own rules and claiming her as his own.