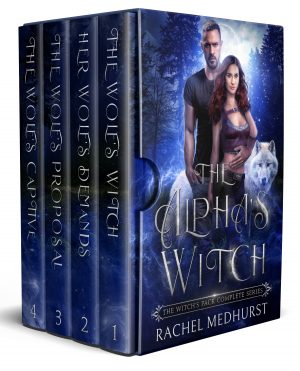 It’s just a scratch from the alpha – a scratch that transforms the witch forever.

Already a witch at breaking point, I really can’t be dealing with the latest scandal affecting my life. I’m busy selling spells when my brother accidently kills a werewolf, attracting the wrath of my enemy, the Brighton Pack alpha, Malone. His attack leaves me with a scratch that turns me into the first ever hybrid-witch and solidifies my expulsion from the coven, leaving me all alone.

When Malone smells his toxins in me, he vows to help me through the first shift. As alpha, his responsibility is to his pack and turning a witch is against sacred wolf laws. His pack will disown him if he doesn’t get rid of me. He’s ready to rectify his wrong, threatening to end my life, until I shift and the mating bond is evoked.

Can Malone reject the forbidden pull towards me?