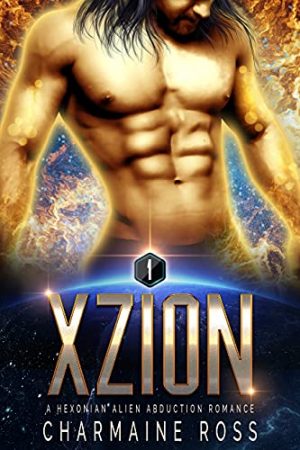 I’ve been captured by walking crocodiles and saved by a golden-skinned god.

Xzion says he took me to protect me but he’s not taking me back home. In fact, we’ve crashed on an alien planet and now we’re trapped in a cave from which there’s no escape. He’s all I’ve got. I should be afraid of him, but I can’t take my eyes off his washboard abs and irresistible lips. The longer we’re trapped down here, the harder it will be for me to resist him. I’m barely hanging in there.

Xzion will claim my body but if he claims my heart, I’ll never be able to return to Earth. But when we find a way out and discover a treacherous plot intended for mankind, I know my life will never be the same. I’ll be trapped between two worlds and the fate of mankind rests in my hands.