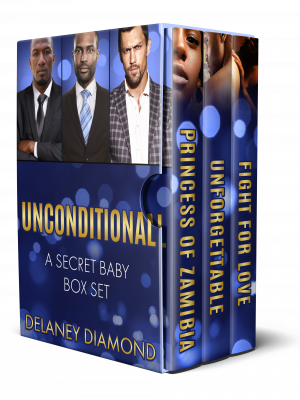 Princess of Zamibia (Royal Brides series, Book 1)
Three years after his break up with Dahlia, Prince Kofi returns to the United States, and he’ll do whatever it takes to bring his heir back to Zamibia, even if it means marrying the woman he believes betrayed him.

Unforgettable (Johnson Family series, Book 1)
When Ivy’s deception is revealed, it throws Lucas’s life into a tailspin and forces them to face the truth of their feelings for each other—feelings they’ve both tried in vain to forget.

Fight for Love (Latin Men series, Book 2)
One day, Rafael Lopez shows up unannounced to see his ex-wife and gets some startling news… He’s a father.