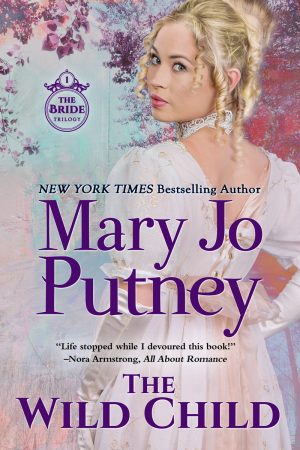 The younger son of an earl, Dominic Renbourne is offered an irresistible bribe by his arrogant, identical twin brother, Kyle, who is heir to the earldom. All he must do is take Kyle’s place at Warfield Manor, where he is to politely court Lady Meriel Grahame, the orphaned and wealthy heiress Kyle is pledged to marry. But Meriel’s untamed spirit proves more powerful than Dominic can resist. In her garden paradise, passion binds them body and soul despite the agonizing consequences.

Can Meriel forgive Dominic’s deceit once she learns he is not Kyle, and can Kyle forgive the betrayal of the brother who had once been closer than his own shadow? Then past and present collide in a dangerous cataclysm that may bring destruction–or lasting love and a hope for beginnings.